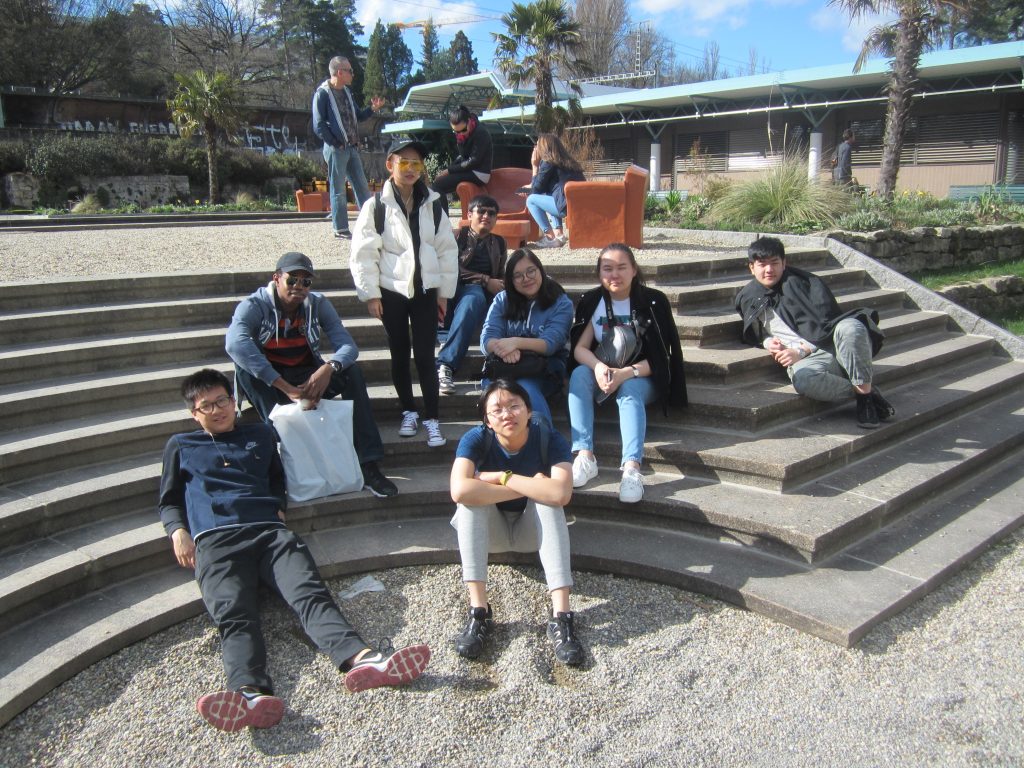 Physics students of Cardiff Sixth Form College had the incredible opportunity to visit Geneva, Switzerland as part of their A Level studies. The trip was thoroughly enjoyed by all – a big thank you goes to Mr Michael Grimes and Miss Georgina Hughes for coordinating and shaperoning the trip.

Take a look at the student’s account of the trip and a selection of images:

We were welcomed by sunny weather to Geneva, which unfortunately disappeared right after lunch. Therefore, we started our first activity in Geneva, the walking tour, in the pouring rain which made Derwen question his decision of wearing a suit! We were led around the city by a friendly guide, Alex, and were introduced to the long and world-changing history of Geneva which consisted of the visiting of different statues, residences and numerous different historical figures – who were mostly French or from other countries. We also had the honour to visit the government office of Geneva and it is literally just an office (a building that is even smaller than our school and no security whatsoever). 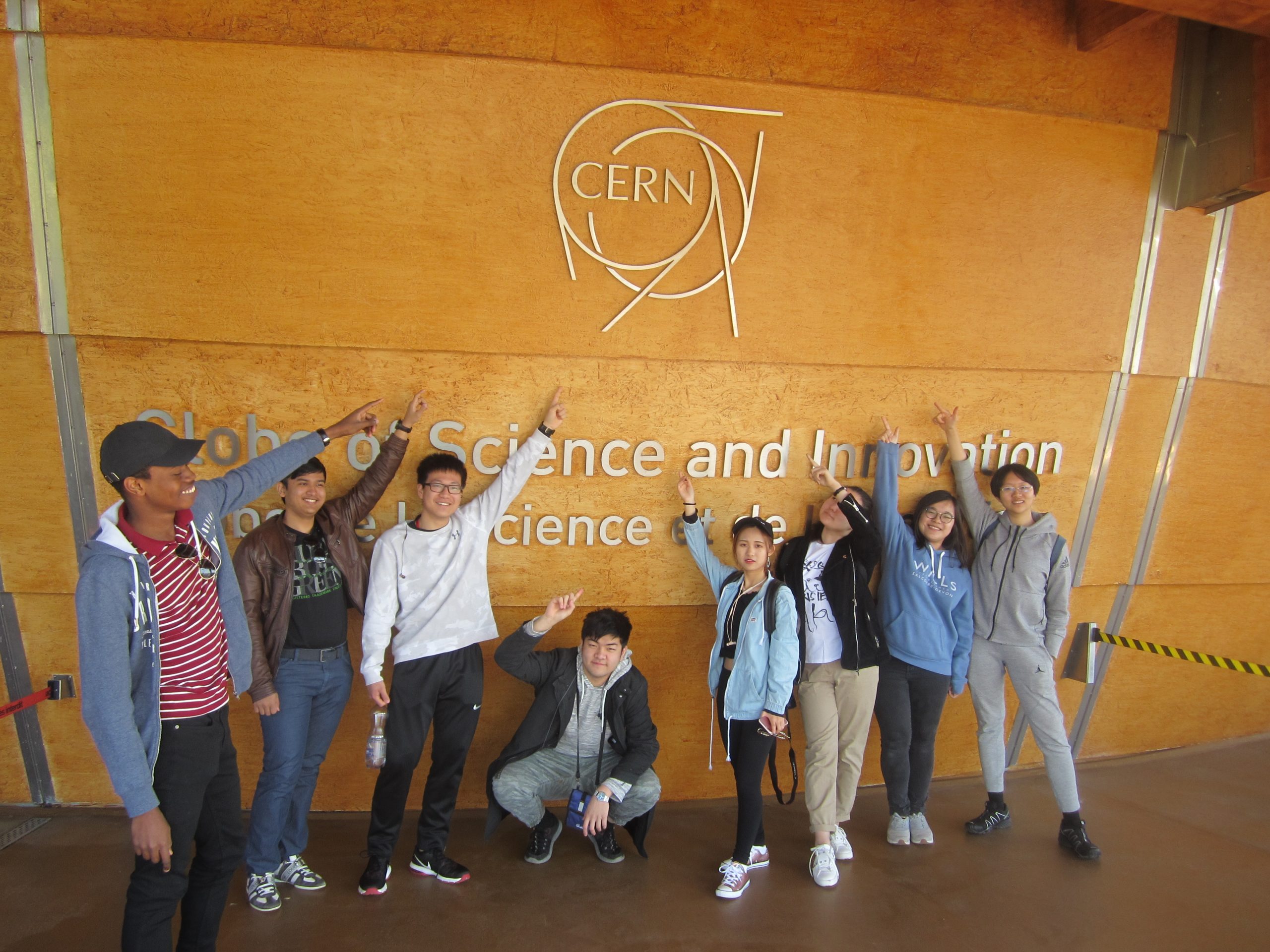 In the evening we enjoyed a 3 course tradition dinner consisting of Cheese raclette, cheese fondue, beef fondue, apple strudel and many more options.  Entertainment was provided throughout our meal by a folk band playing tradition Swiss songs and yodelling. We also had the chance to get involved and have a go playing the alpenhorn (or alpine horn).

Our second day in Geneva started off bright and sunny, so we decided to go around and explore Geneva around the lake. With the free travel card provided by the hotel, we get to go on Mouettes, the yellow taxi-boats, connecting the different sides of Geneva via the Lake.  The boat trip is magnificent and we got nearer to Jet d’Eau, the huge water fountain at the Lake, but to great disappointment, the Jet has turned off when we were walking towards it. Despite that, we get to see the structure of the Jet, and knew the Physics behind it. 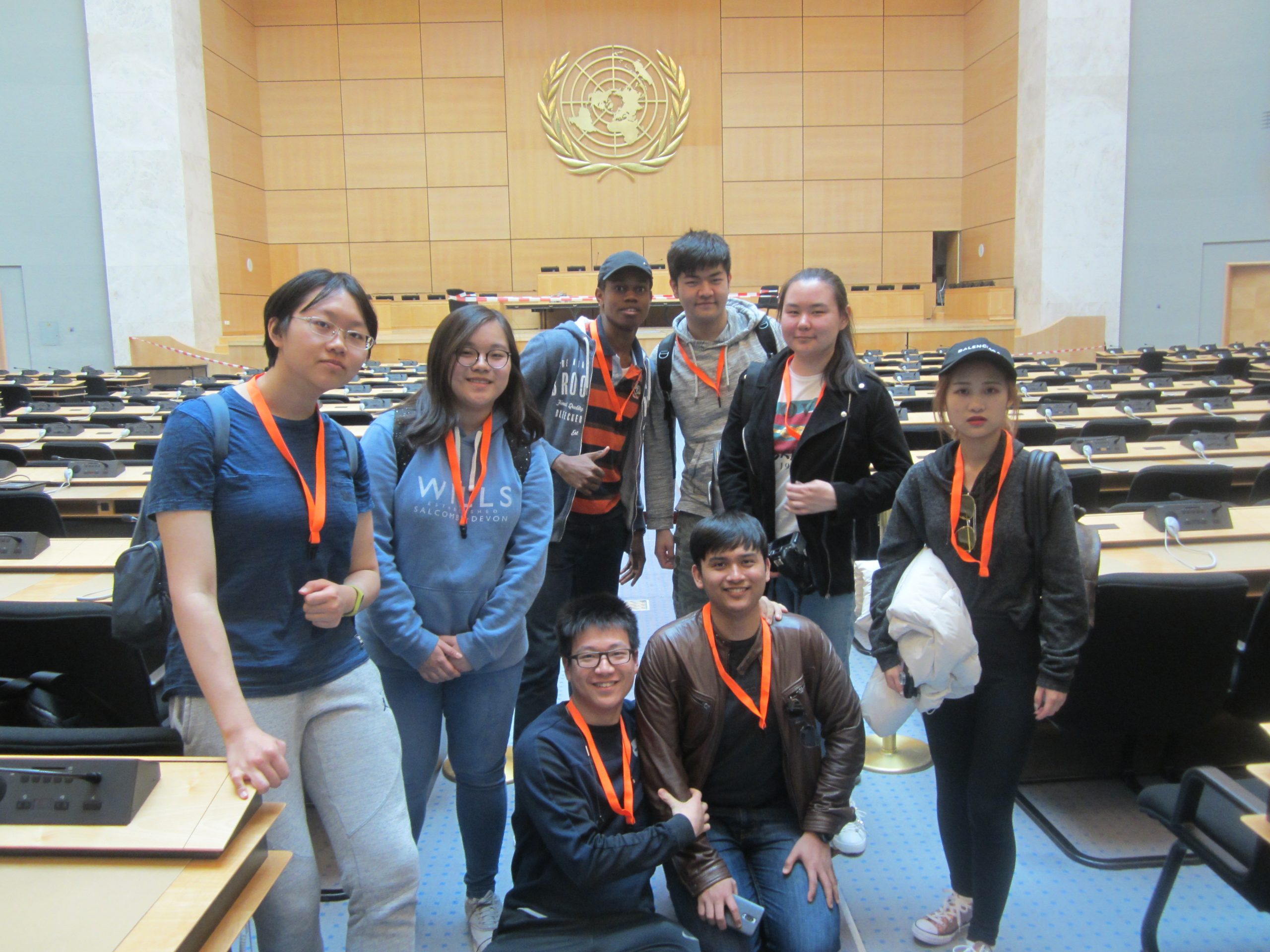 After lunch, we hopped on the famous tram that connects the city. Seeing the Broken Chair, we reached Nations, the station for United Nations. After a short 5 minute walk, we arrived at the entrance to the UN, went through a complicated but fast security check, and headed off to the main building, Palais des Nations. We got lucky and had the opportunity to go into the Human Rights and Alliance of Civilisations Room, which is used by the United Nations Human Rights Council. The amazing ceiling is covered with stalactites, evoking the sea in pastel colours. It is designed so that observers at different sides of the room would have a different view, as to real life where different parties may have different opinions. Walking past the Salle des Pas Perdus, we arrived at the Assembly Hall, the largest room in the building which hosts the annual conference of the World Health Organisation and many more. We also had a rare chance to be in the Council Chamber, which is available irregularly. It now accommodates the meeting of the Conference on Disarmament. Before leaving, we all purchased some gifts from the UN gift shop and sent some postcards. Fun Fact: The UN is the only institution that’s allowed to issue stamps that isn’t a nation or territory.

After the tour, we walked back to the hotel along the lake, enjoying the sunshine. The sun sets at 8:30 pm at this time of year so we had a lot of daytime. The boys had a few splashes at the bank and we had some time to get some souvenirs. We all had an enjoyable day, whilst learning a lot about United Nations, and the city itself. 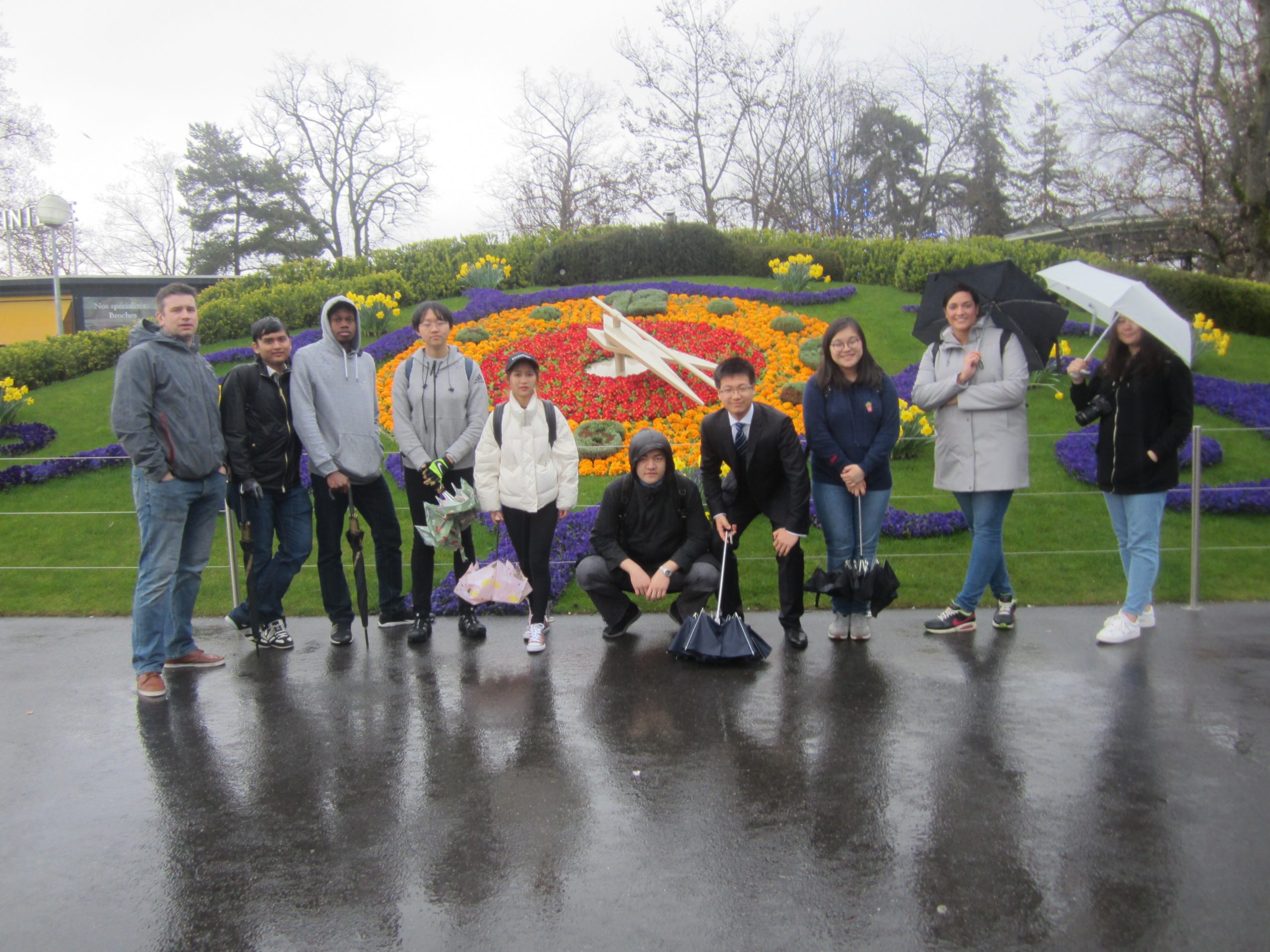 Our last day in Geneva. Everyone had breakfast at around 9am at the hotel and we were then free to explore the area around the hotel until the early afternoon. During that time, some of us just stayed in our room either studying or resting and relaxing while others went out to the lake area to take some pictures, enjoy the view and visit one of the world’s tallest water jet, Jet d’Eau, via a boat ride.

We met up after lunch and prepared to depart for CERN. On the way, some of us dozed off while others were enjoying the view outside. Upon arrival, we walked to a waiting where we learned several facts regarding the work done in CERN; how CERN is helping to answer some of the most fundamental questions; how did the Universe begin? What are the basic building blocks of matter?

When it was time for us to start the tour, we went into another building where we started out with an explanation of what is being done at CERN and the discoveries that have been made so far. Our tour was led by a member of the CERN community who talked from personal experience about their contribution to CERN’s research programme

After the presentation, we started our tour around the compound where the guide explained what was going on around us. Although she described the parts and structure of the Large Hadron Collider (LHC), we were disappointed about the fact that we cannot visit the actual LHC due to being in use at that moment. During the tour, we also watched a 3D video on what is happening in the LHC and tried out trying to find the Higgs Boson after visiting the operating centre.

One of the fun facts we came to learn was that during some of the visit to CERN, we were in France instead of Switzerland!

After the tour was over we went back to the hotel to collect our luggage before departing for the airport. On the way to our airport, we got more time for R&R. At the airport, checking in and security check went smoothly, and we were on our way home. We arrived around midnight were sent back to our respective boarding houses where we peacefully slept. 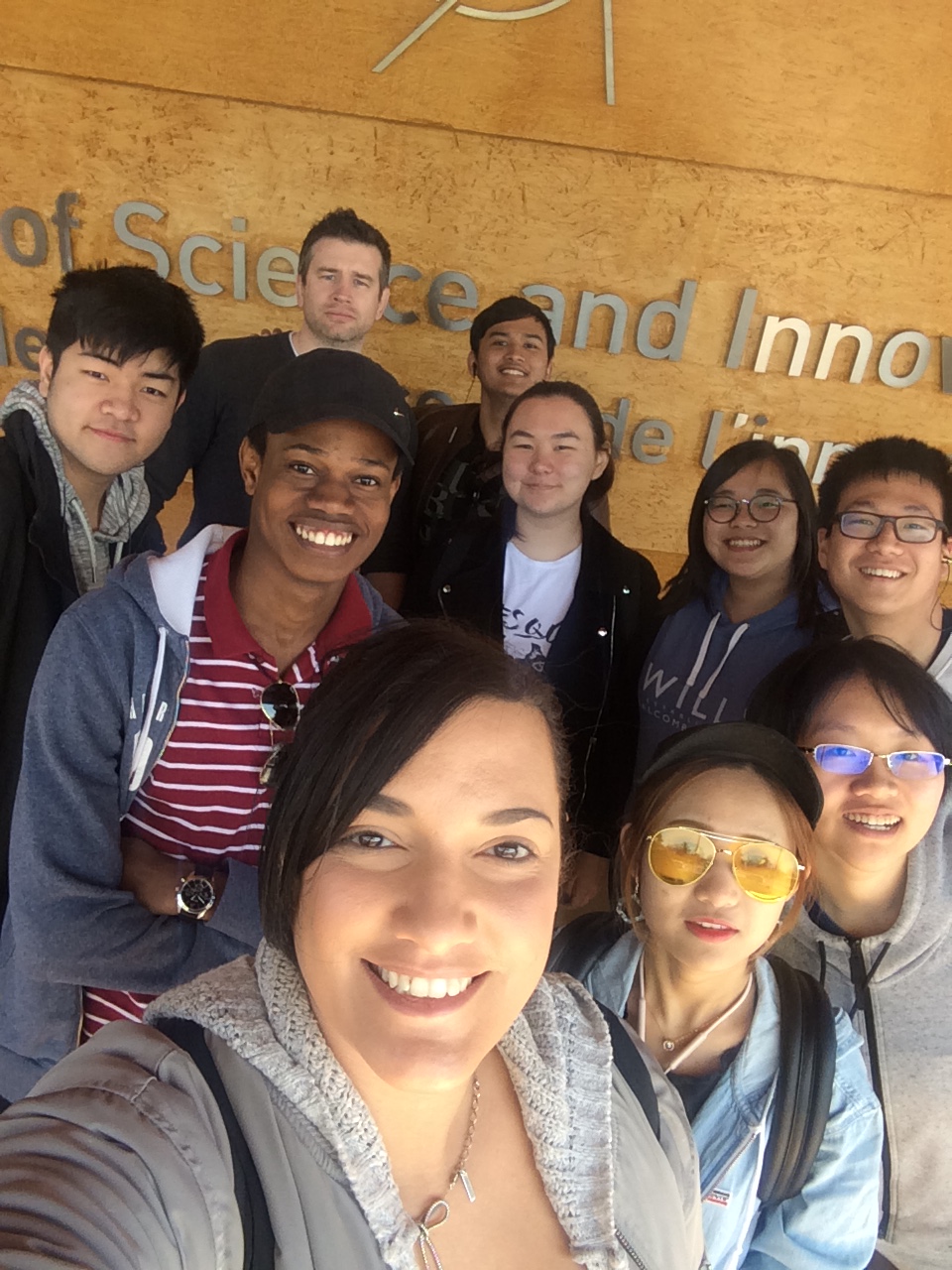