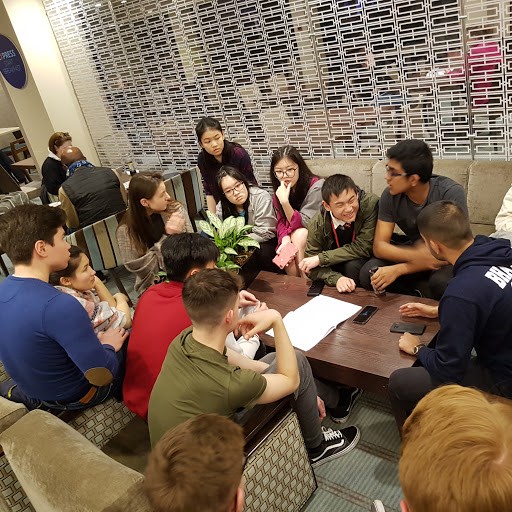 Twelve Cardiff Sixth Form College students, the winning team of the Welsh National Round that was held last November, took part in the finals of the UK Space Design Competition (endorsed by NASA) at the Imperial College, London.

Our team was grouped with teams from another three UK schools to form the competing company. Our team dominated again in the peer voting with five of our students appointed at the top five posts, including President, VP for Engineering and Marketing. While our company did not win the competition, our team was recognised for its excellent skills and enthusiasm. One of our team members was selected to join the EU team to participate in the finals at Kennedy Space Centre, Florida, this July, and one more was selected as the first runner up.

Overall our team left London satisfied and certain of a win next year. This is the best performance on many levels from Cardiff Sixth Form College in this competition.