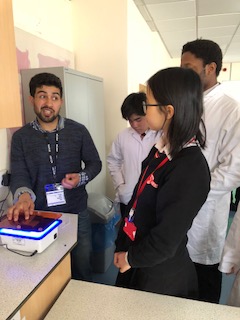 Yesterday budding Biologists at CSFC attended a fascinating workshop based upon the topic of Polymerase Chain Reaction. Polymerase Chain Reaction (PCR) is a technique used by Molecular Biologists to expand a sample to create millions of copies of tiny fragments of DNA. It was developed by Forensic Scientists for creating genetic profiles from cellular material collected from crime scene investigations but it is now a technique used widely in Biology. Our students were guided through the PCR process by second year Ph.D students from Cardiff University.

The still images show students examining the ultraviolet (illumination patterns of the samples of DNA) after they had been expanded by PCR and then separated, according to the DNA fragment lengths, by another technique called Electrophoresis. 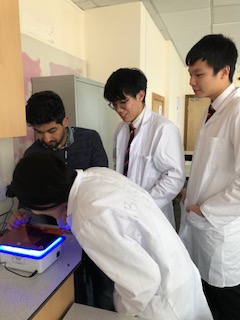