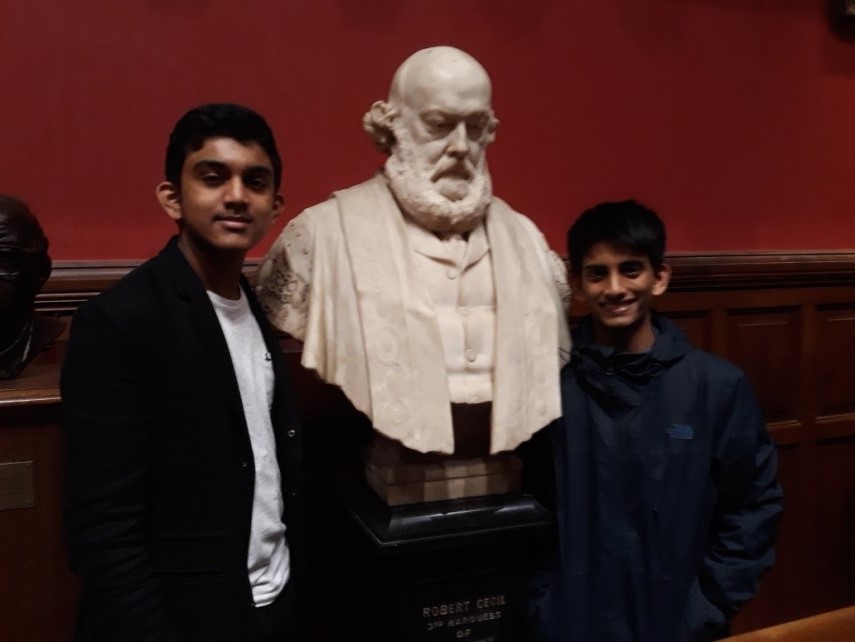 Zaid and Amaan are to be congratulated for not only winning the South Wales round of this prestigious competition, but also for securing a place in the finals of the novice round on finals day.

During the course of the day they had the experience of debating against a team from Eton, the eventual winners of the open round and Dulwich, the winners of the Cambridge Finals Day, tackling challenging topics such as “This House as a Parent Would Use Tiger Parenting” and “This House Would Ban Private Health Care.”  In the Novice Finals they strongly opposed a motion to ban political dynasties, losing to the winning Dutch team.

Commiserations should also go to Sid and Musiab who had secured a place in the Cambridge Schools Debate Finals but who were unable to attend due to the snow making travel impossible.