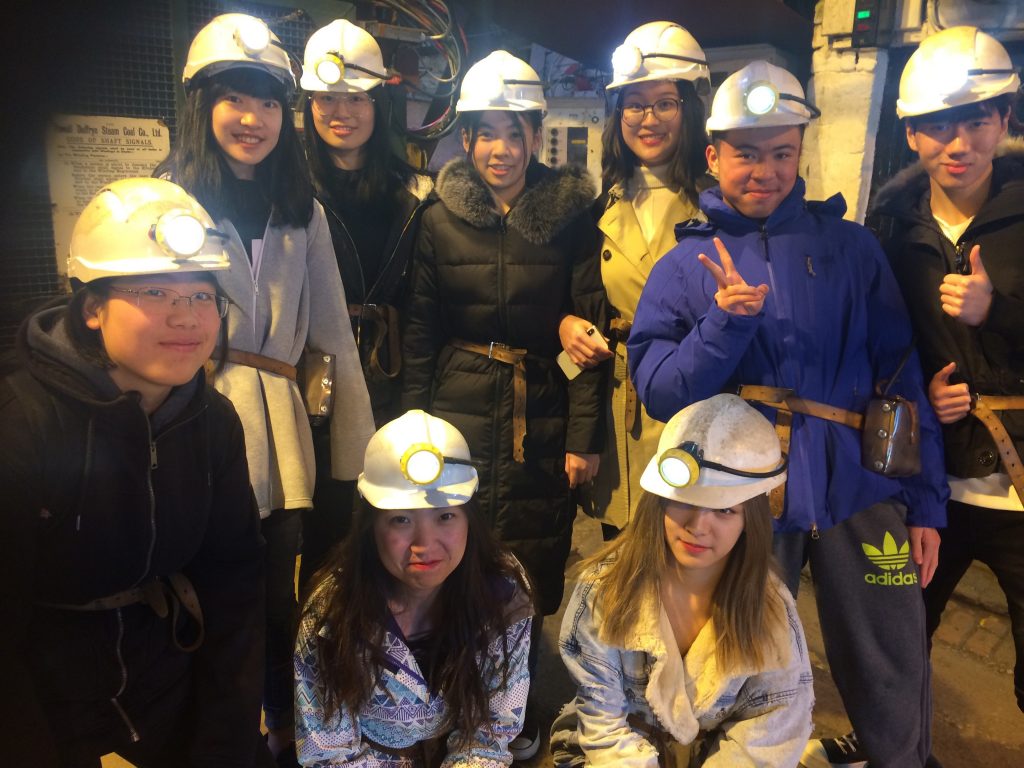 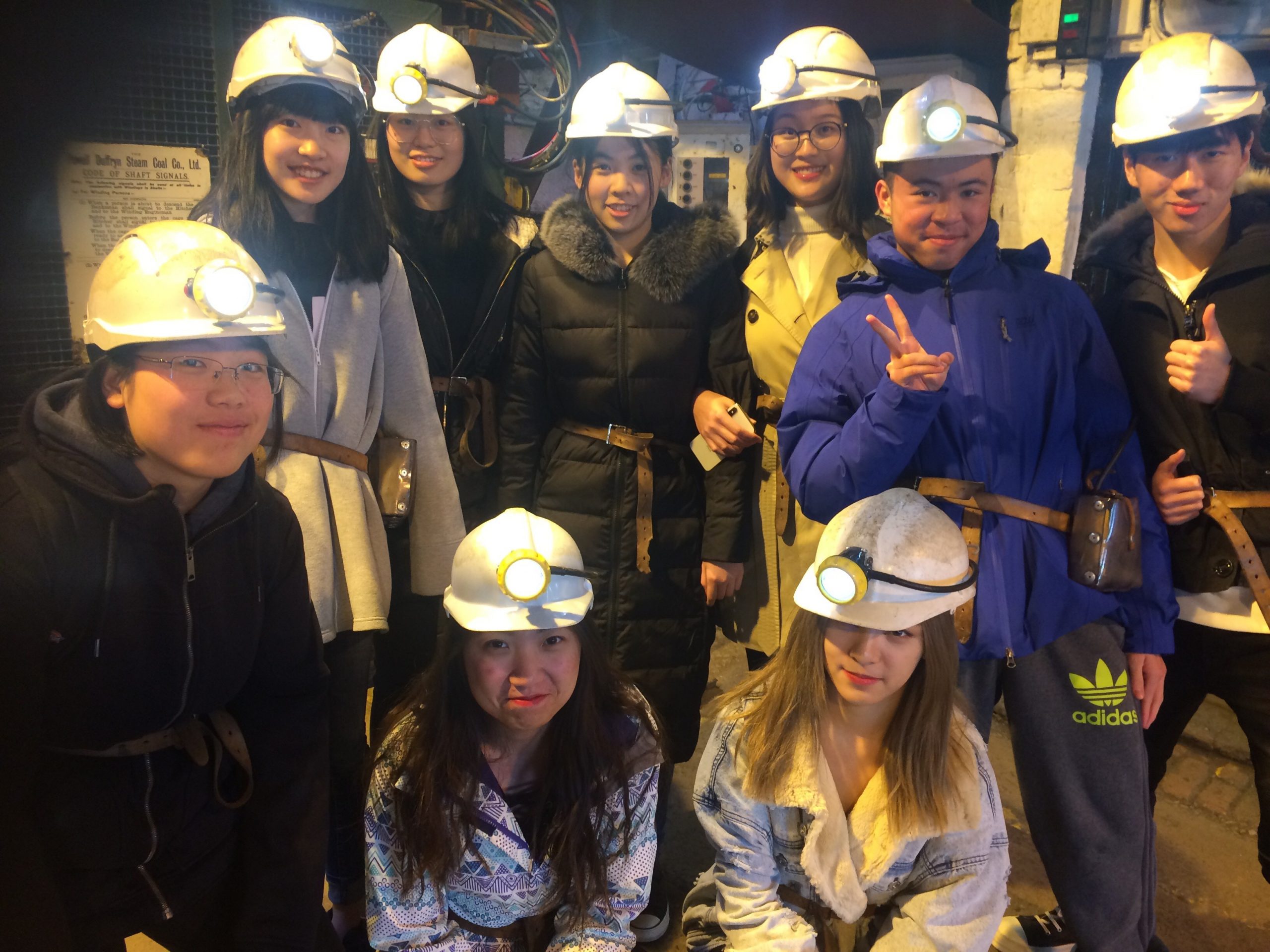 On February 7th, excited Humanities students embarked on a journey to Big Pit (an industrial heritage museum) in Blaenavon, South Wales. Course Representative for AS Geography Charlotte summarises the highlights of the trip:

“We were taken to store our belongings and put on special equipment. Anything electrical could not be brought down, because this mine was still classified as a working mine. When we wore the helmet, cap lamp and waist kit, we really looked like proper miners.The transport taking us down was a big iron cage, and it stopped at the depth of 90 meters down the earth. After walking out of the cage, we saw two white tubs and the guide introduced these tubs were used to take coals out and pulled by horses or ponies, sometimes even women. Moving further inside, we saw two cables hung in the air, when the guide used a metal rod to touch these cables, bells would ring instructing workers to operate the machine. However, sparks were also produced during this, which was very dangerous in the mine with methane everywhere. Although methane had gone now, it took workers’ lives in the past. During the Senghenydd colliery disaster in 1913, 439 people were killed and women in that village lost their sons and husbands, as most male labourers at that time only had the choice of working in mines.” 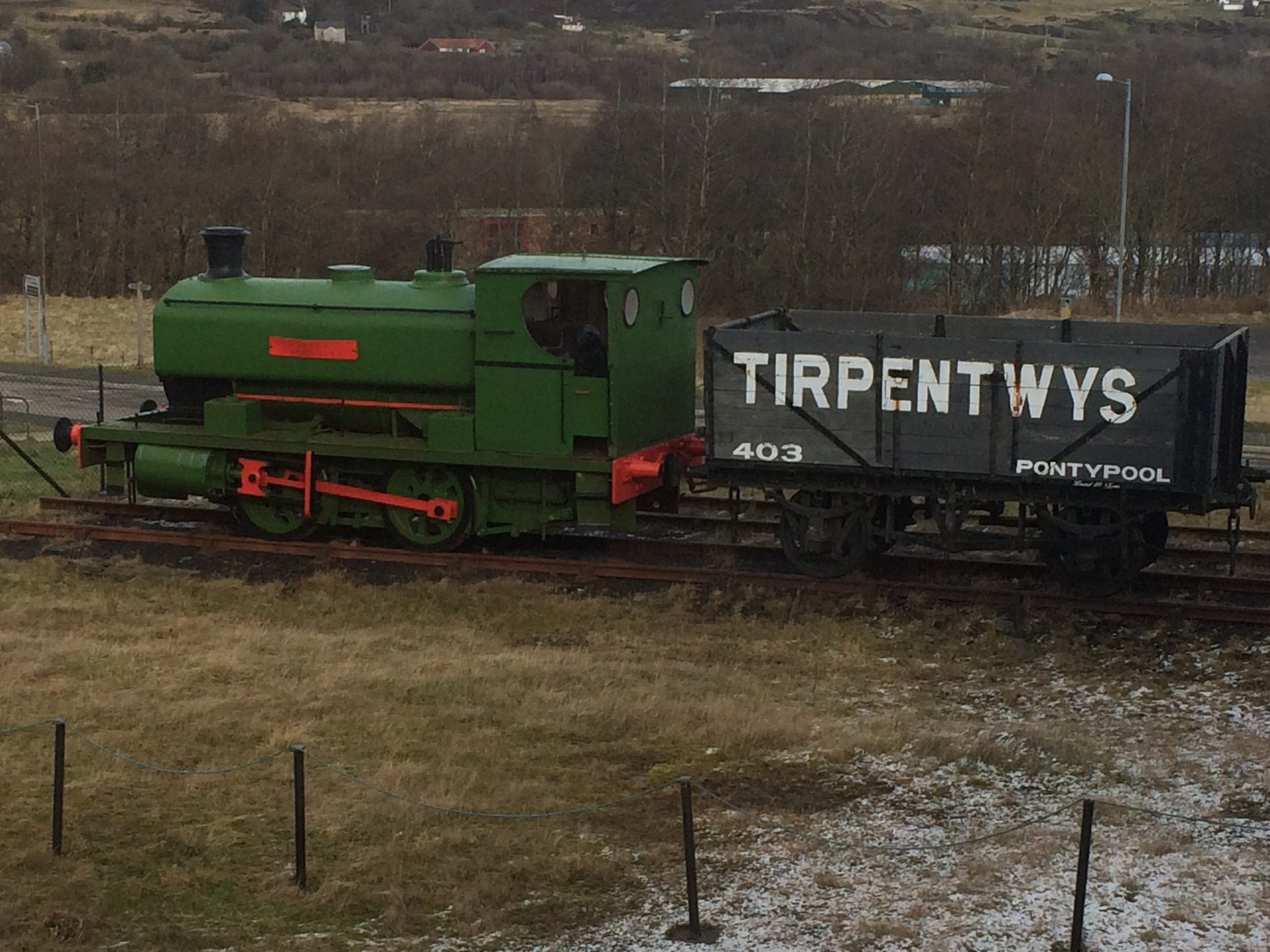 “As the trip continued, the bloody and vicious side of history was revealed by the solid proof in front of us. Children who were supposed to study in schools stayed down in mines, pulling doors to allow the air to flow. They were holding naked candles for lighting. Even though they knew the huge risk, there was no other way. Owners of mines did not bother spending money to protect them, and they had to put the food on the table. Adult miners worked 12 hours per day and 7 days in a week, and within the maximum height where they worked it was not possible for them to stand up. Dust was everywhere and many workers died young because of lung disease. As long as too much dust accumulated in a person’s lungs, the only way out was choking to death. Even animals could not escape. Horses were brought down in mines since they were 4 years old, and they never got out again. Ironically, horses even had better welfare than workers, as they were more expensive.” 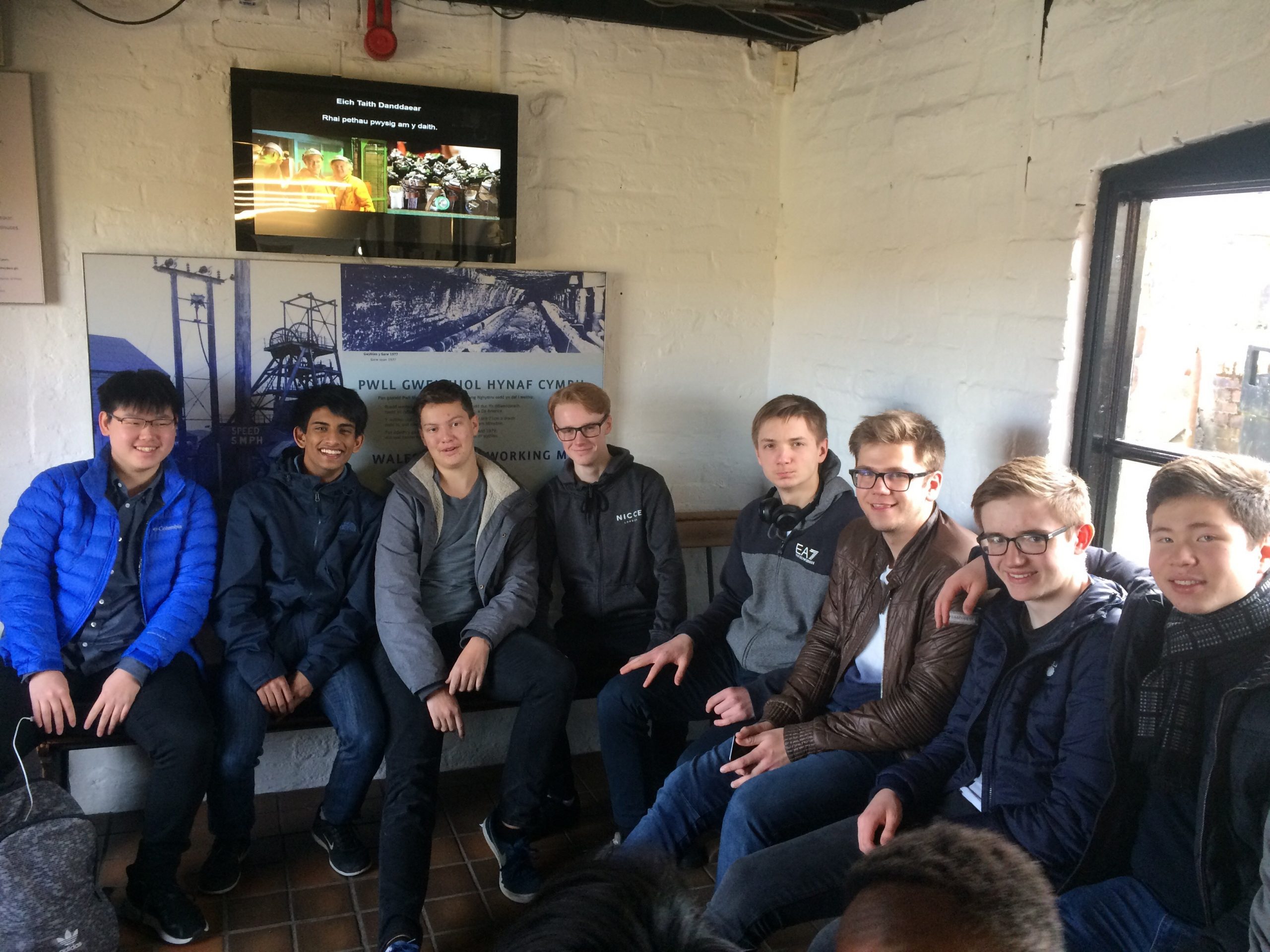 “Approaching the end of this trip, we were introduced some protection measures like oxygen masks and special lights for detecting concentration of methane in the air. However, these facilities were supplied really late when the golden age of mining nearly ended. When I finally returned to the world above, I still remembered the darkness when all of us turned off the cap lights. It was so choking and heavy, just like the lives of people who used to work here. The early age of all great nations experienced the significant accumulation of wealth, but always accompanied with the cruel exploitation of common people. Big Pit, was not only the evidence of Britain’s early great growth, but also the blood, sweat and tears of people who had devoted themselves.” 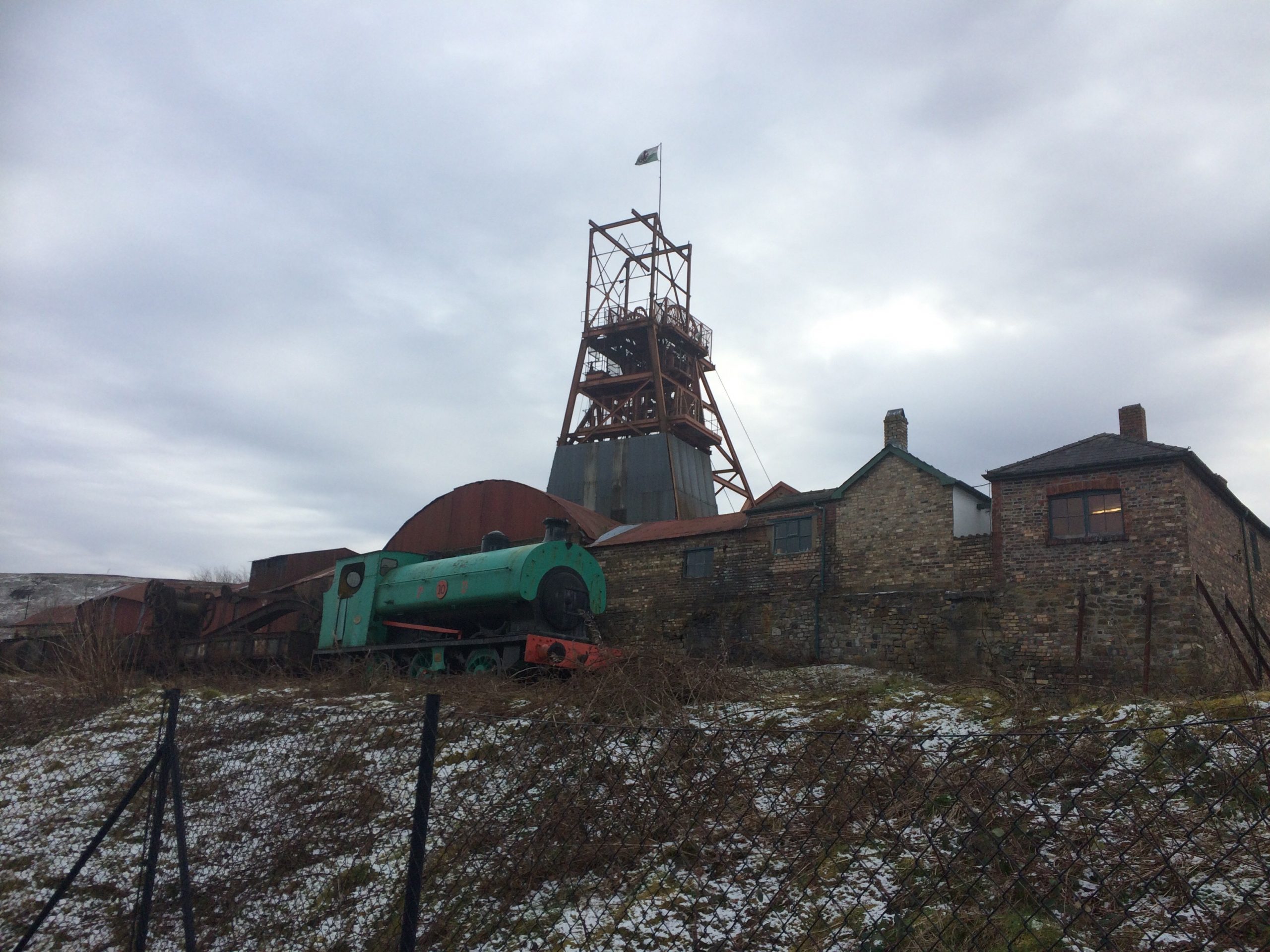