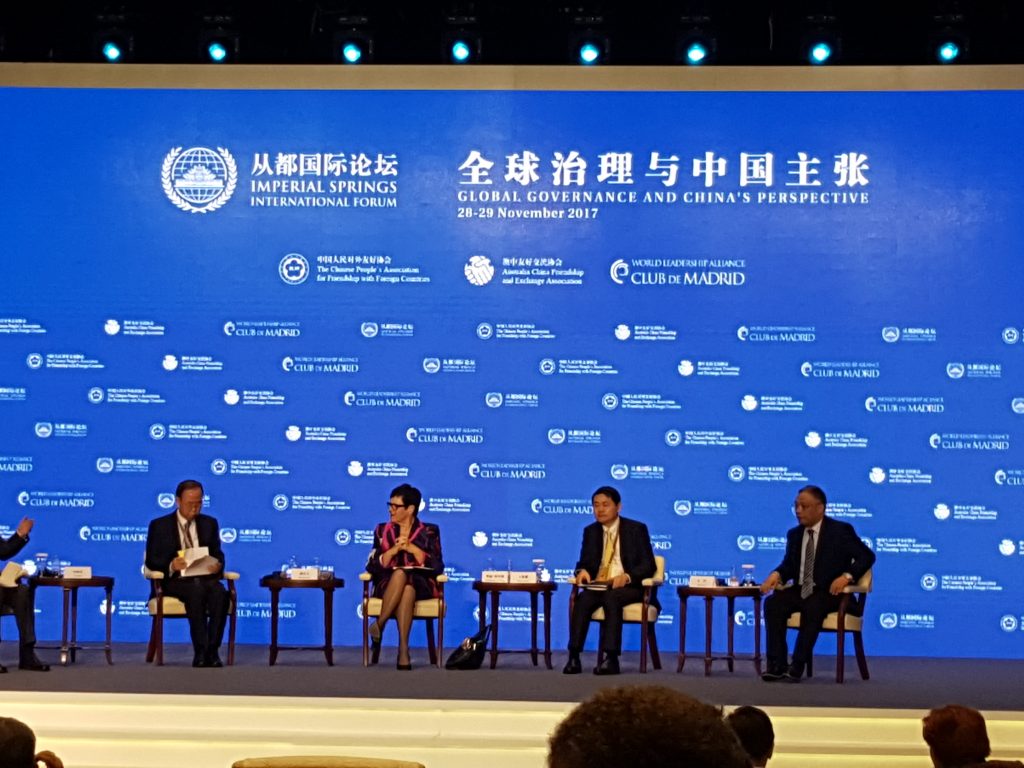 The forum gathers representation from ‘The Chinese People’s Association for Friendship with Foreign Countries’, the ‘Australia China Friendship and Exchange Organisation’ and the ‘World Leadership Alliance, Club De Madrid’.

Many important influencers of global governance have contributed excitingly to the lively discussions including Ban Ki Moon, former Secretary General of the United Nations and many important previous leaders from a wide variety of national governments. 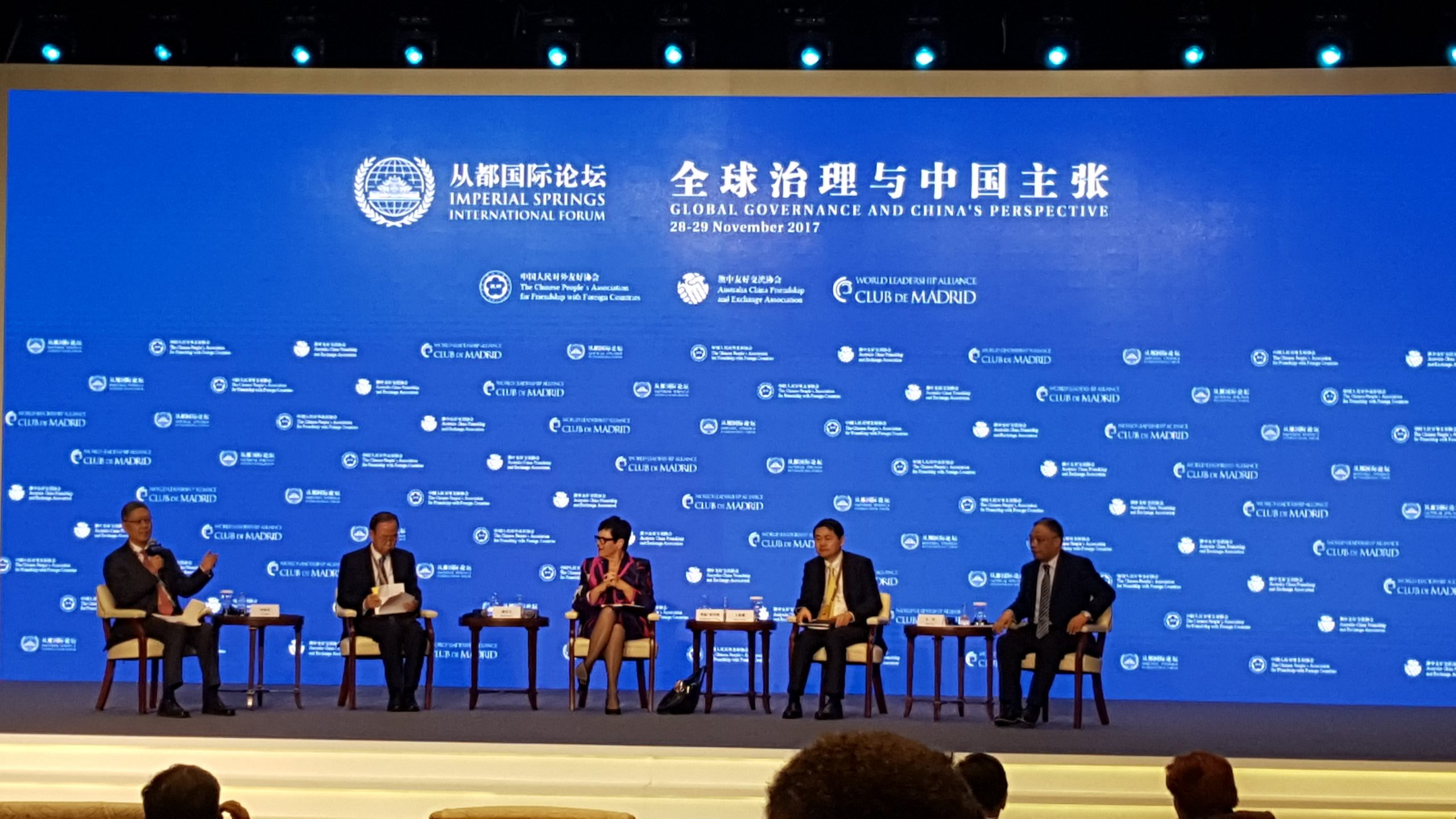 Organised by Chairman Chau Chak Wing of the Kingold Group at the prestigious Imperial Springs Resort, it is an important platform for discussions surrounding world peace, global development, a better future for all mankind and the role that China can play in helping to achieve this.

It is an honour for Cardiff Sixth Form College and Dukes Education to be invited to attend the forum in order to play a small part in promoting British education in this process and to formally support this platform for discussion of politics, economics and co-operation at the highest level.