Queena Lee named ‘Point of Light’ by the Prime Minister 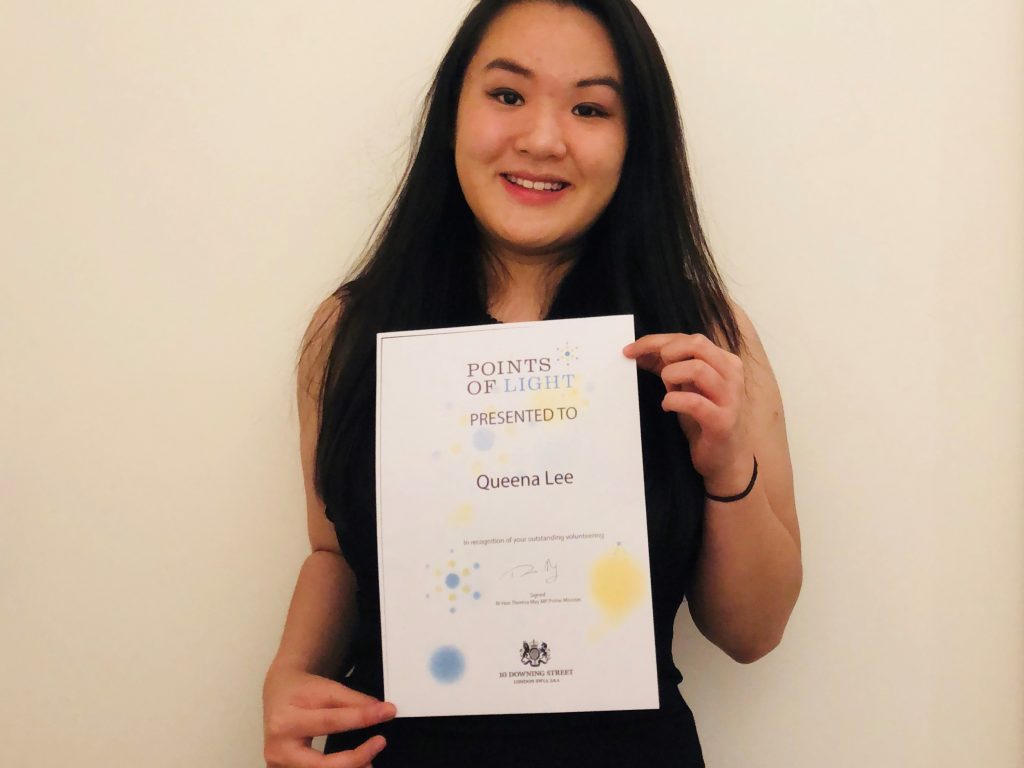 CSFC alumni Queena Lee has received an exciting letter from Prime Minister Theresa May that congratulates her on being awarded the title of the ‘823rd Point of Light.’ The programme recognises the outstanding volunteers within communities, and we caught up with Queena to see how she is celebrating the news, and how she feels about her new life in London.

“Volunteering at ACE added a whole new dimension to life at College. At times it would be tough to juggle studying for those all important tests or dropping in to volunteer for the week and it really came to learning to develop a good balance between the two.” 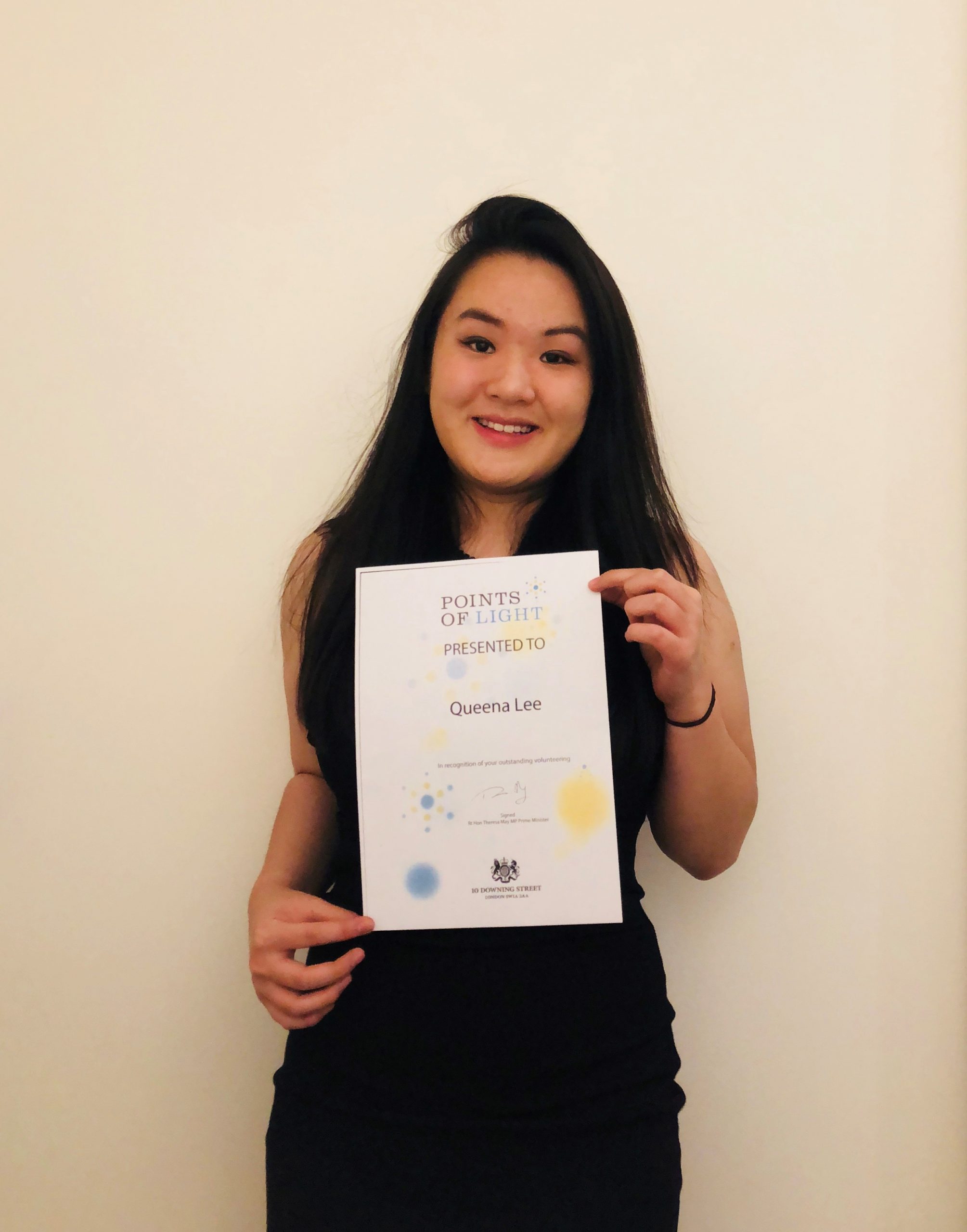 “In all honesty it began as something to pad out my university application and fulfil a checklist – but it became so much more very quickly. After just a year of volunteering at a local educational charity with a handful of friends from the College, I was asked if I’d want to expand my work with ACE and encourage more people from CSFC to take part. With access to the brightest young people from the UK’s Top Sixth Form College and an amazing group of driven young people with a thirst for knowledge, why not put two and two together? With an overwhelming response from my peers, ACE at CSFC began in 2016 where we had over 100 sign ups on our first meeting. Dispatched to over seven free homework clubs all over Cardiff, we began to become an integral part of Cardiff’s educational scene. Along the way, we have helped to develop many of the smaller clubs in Cardiff which have since grown to have more student sign ups, as well as a steady flow of talented young volunteers. Not much changed along the way, we grew bigger as a volunteer base but our values remained the same – to provide equal educational opportunity to all. Each week provided a brand new challenge.”

“At times the sessions could prove frustrating with difficult individuals in each class. But watching the look on a students face when the concept they have been struggling with for weeks finally clicks is absolutely priceless. Seeing their progression from when we first met and opening their exam results proved even more rewarding. I’ve also gotten involved in the charity’s adult second language English programme (ESOL) which has added a whole new dimension to understanding and helping those whose first language is not English. Volunteering with ACE has truly been a rollercoaster ride. I’ve met friends outside of College that I’ll retain for life along the way, gained so many new skills and put existing ones to good use but most of all I’m happy to say that I’ve left a legacy for future CSFC students to partake in.”

“I have been fortunate to be welcomed by ACE as an official member of their executive charity board, where I hope to continue to be a part of their plans and important decisions in the long term. I’m currently studying Dentistry at King’s College London where I have been awarded a Desmond Tutu Scholarship for my work towards society. Life at university is hugely different to CSFC but I’m happy to say that I’ve settled in well with a great group of friends as well as an unchanged ambition to change the world! I’ve recently been getting involved with further educational outreach with homework clubs in London. In addition to this, I have been involved in educating primary school children about oral health and disease through the King’s Smile Society. Aside from this, I have been involved in the King’s netball team as well as acting as Music Director and composing the music for an upcoming musical production with the Malaysian Society coming up in February. With five years in university ahead, I am really hoping to make the most of my time in London to fulfil my passions, as well as discover new ones. There is no doubt that I will continue to drive myself to achieve and serve society with an open heart. And what’s next for ACE? Who knows! With a new committee of leaders heading the project this year, the sky is truly the limit.”

“This award is in no way my own. I am blessed to be able to accept it on behalf of ACE Cardiff, my amazing team of volunteers as well as team leaders and the young people of Cardiff, of whom I have been fortunate enough to educate. I am extremely proud that the culmination of our hard work together has gained such recognition and can only hope that this is the first step of many on all of our journeys – wherever life may take us.”