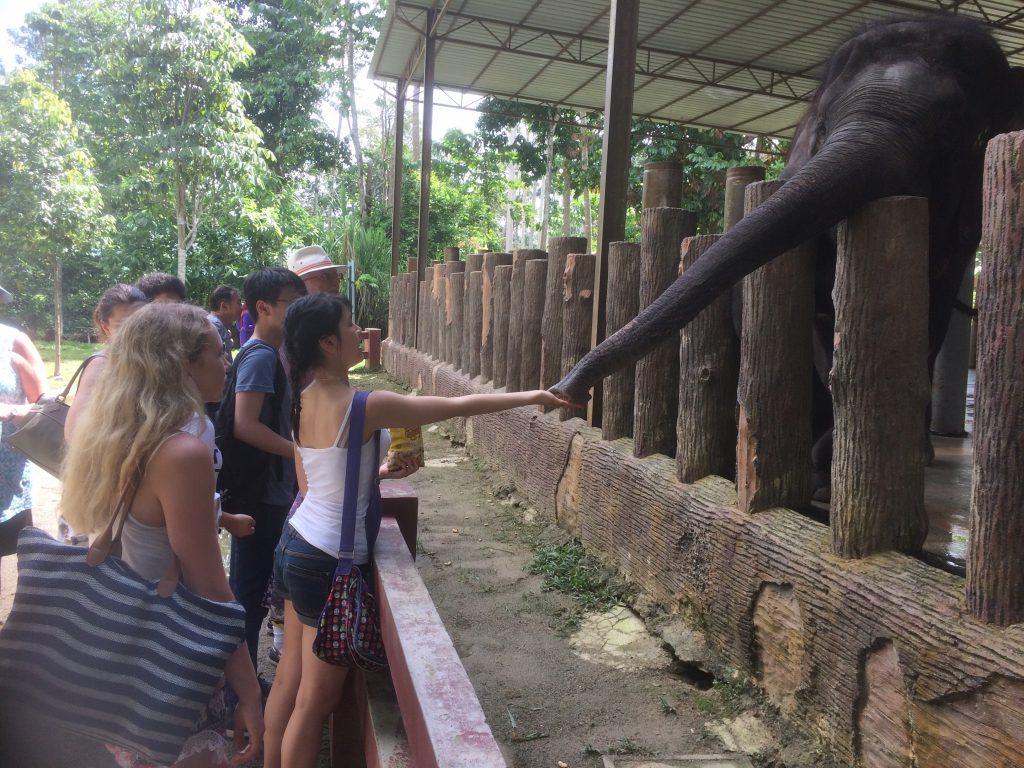 As our International Citizenship Experience (ICE) programme launches in Malaysia, student Qiann Liang talks us through her time in Kuala Lumpur.

Our days in and around Kuala Lumpur were few, but our experiences many. We explored a city full of diversity – its multi-ethnic population bringing a rich variety of culture and religion.

This was evident from our first day; awoken by resonant prayer calls in the morning, we then travelled to the city centre’s mall where lanterns and statues were displayed to celebrate the Muslim festival of Hari Raya, adding a new dimension to what could otherwise have been just a regular day at a mall (albeit a very large mall…with an aquarium underneath).

The Central Market and Chinatown was much more humble in terms of size, but nonetheless just as exuberant. Separate alleys such as ‘Little Thailand’ and ‘Straits Chinese’ became pathways into the distinct communities within Malaysia and their respective customs – for instance, some of us had henna drawn on our hands in Little India!

We did not go far on the second day. Our hotel was attached to Sunway Lagoon, an amusement park, so we had a refreshing day cooling ourselves down in the hot weather by splashing around in the water. I’m not sure if sitting in a cowboy-boot carousel counts as a cultural experience, but if so I guess the Wild West could potentially be added to our list?

We also walked across Malaysia’s longest pedestrian suspension bridge, with see-through grids underneath our feet! I’m sure that was quite an achievement for those of us who were reluctant at first (some call it peer-pressure, I’ll call it encouragement).

Our third and final day was certainly most eventful. We climbed over 270 steps into the Batu Caves, one of the most popular Hindu sites outside of India, but we did not run out of breath. Instead, our breath was taken away in awe at the intricately carved shrines against steep cave walls that extended towards a ring of sunlight beaming through an opening at the top. The lack of information in the cave however led us to explore the nearby Ramayana Caves which depicted and described the story of the Hindu deity, Rama, so that we could gain a little more understanding of the religion; we celebrated this newfound knowledge with some fresh coconut water!

We could not stay long though, for it was a quick rush to get to the elephant sanctuary. It was interesting to learn of the fast-paced effects of urbanisation on the jungles, and how people attempt to transport elephants to hopefully safer environments, although we were not all too convinced at the methods employed to achieve this. At least we enjoyed we feeding baby elephants peanuts and watching them be bathed in the river!

Overall, we were all very glad that we spent the first few days relaxing after jetlag and experiencing KL as tourists as opposed to diving straight into work experience. Now that we are more accustomed to Malaysia’s climate, both physically and culturally, we are looking forward to starting our work placements in Kuching. After all, the professional aspect will once again provide another insight into the culture of Malaysia!