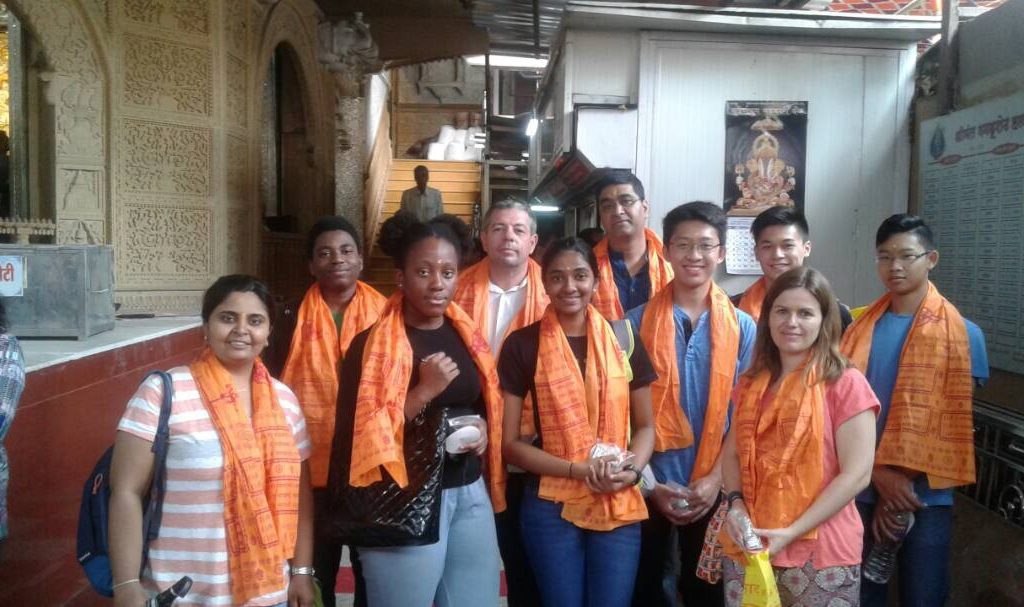 Discover what our students got up to on the second day of the ICE programme in India, in this insightful blog post from Nigerian student, Ade Sogunle.

“My day out and about in India began when I and several others removed our shoes and walked barefoot into an Indian temple. The temple was extremely popular in Hinduism, as that was where Hindus worshipped an idol of their main deity, Shiva, (an elephant-head man statuette).

“I took part in a Hindu ritual for fortune – it took about ten minutes and I must have inhaled about a gallon of incense – but I got an apple and a coconut as recompense, so that was nice.

“After washing our feet, we went to Gandhi’s old prison – that was his house whilst he was under house arrest – and we witnessed several artistic renditions of Gandhi in paintings and pictures. In truth, I was in awe of the massive impact that Mahatma Gandhi had on India and their strife for independence. I saw Samadhi, where Gandhi’s wife was burned in a funeral pyre and her ashes were kept under five inches of concrete.”

Ade is pictured second from left in the opposite photo, along with fellow CSFC students and staff on the ICE India programme.