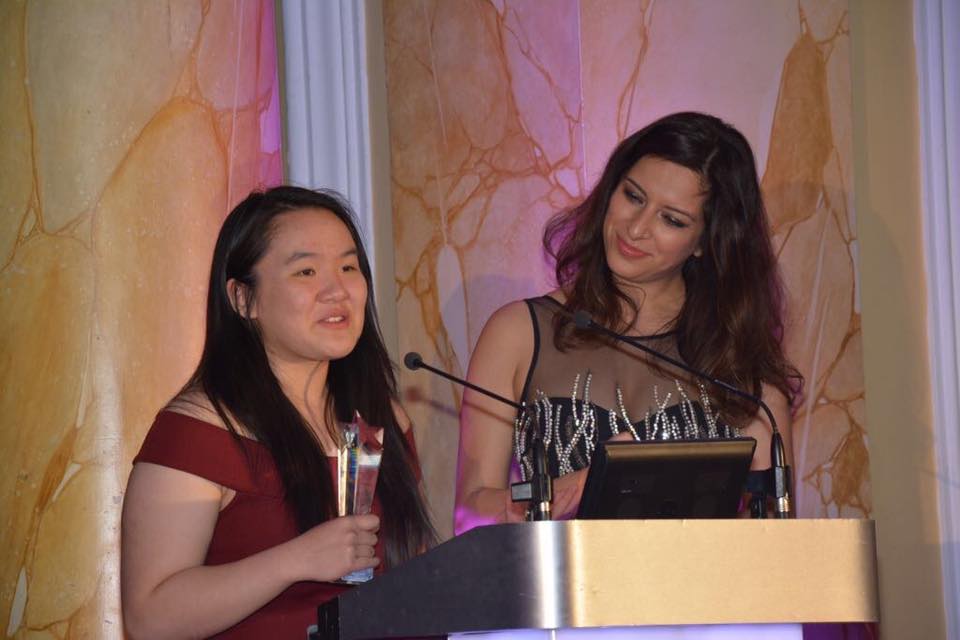 EMWWAA  is a charitable organisation that aims to empower and inspire ethnic minority females living in Wales, highlighting and praising their achievements in all areas of Welsh life, and identifying role models within local communities to encourage cohesion and integration.

The organisation holds an award ceremony twice a year to commend ethnic minority females who have made significant contributions to life in Wales by using their talent to help and inspire others. Any ethnic minority female residing in Wales can be nominated for an award, provided that they have resided in Wales for at least two years and they are at least 18 years of age (although the Young Achiever Award is open to females aged 16-21).

The evening began with a drinks reception, followed by an award ceremony, international entertainment (including Bollywood dancing) and an exquisite dinner provided by Chef Stephen Gomes and his team from award-winning Indian restaurant, Moksh.

We are delighted to reveal that the Young Achiever Award was presented to one of our Year 13 scholarship students, Queena Lee. Queena received this Award in recognition of her volunteering work with All Communities Engaged (ACE) Cardiff; a charitable organisation which supports the education of local disadvantaged children and young people, enabling them to aspire to progress to higher education or a career.

Queena has volunteered at ACE Cardiff’s GCSE session for the past two years and, more recently, she has helped to coordinate dozens of volunteers from Cardiff Sixth Form College who attend homework clubs across Cardiff on a weekly basis.

Speaking about her volunterring work with ACE Cardiff, Queena said:

“For me, volunteering is about inspiring and empowering young people to realise their individual potentials. It’s about breaking socio-economic barriers to education and providing young people with the tools they need to realise that they can do whatever they set their hearts on in life.”

To hear more about Queena’s volunteering work, check out her interview on the ACE Cardiff website.

Picture opposite shows Queena Lee receiving her award from Behnaz Akhgar at the Ethnic Minority Welsh Women Achievement Association (EMWWAA) Awards at City Hall, Cardiff on Saturday 6th May, 2017. This picture is credited to the EMWWAA.