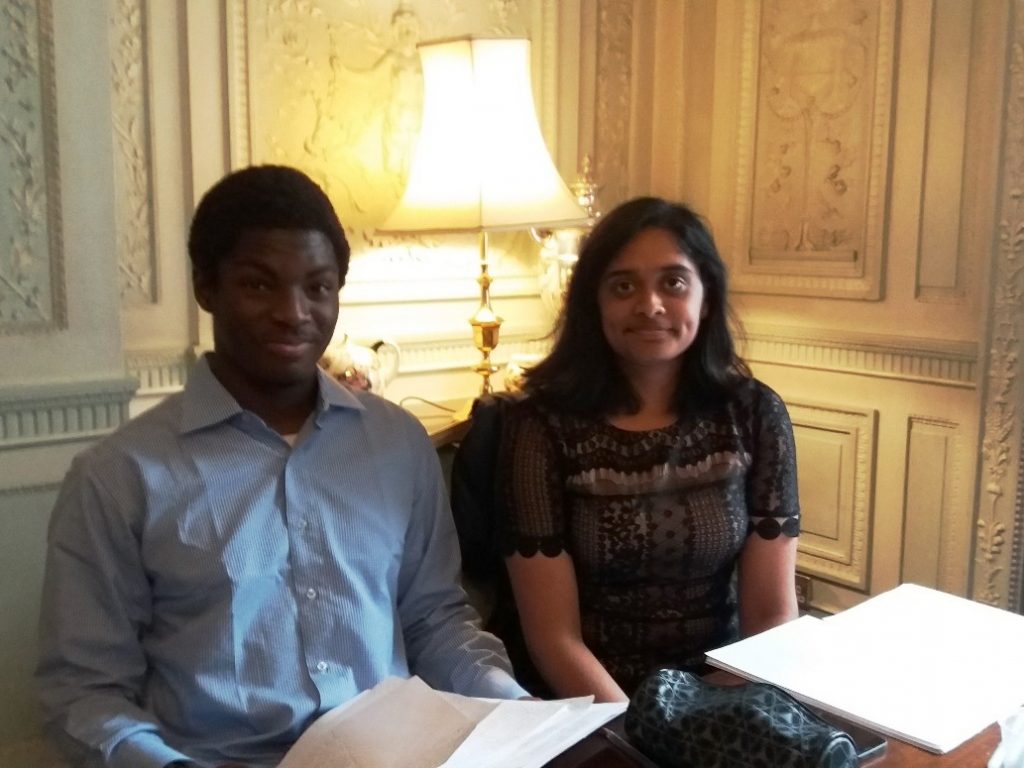 Last Saturday, two students travelled to London to represent not only Cardiff Sixth Form College, but the whole of Wales, in the annual International Mace Final.

The ESU’s Schools’ Mace is the biggest and longest-running debating competition for UK schools, which sees students work in teams of two to deliver compelling arguments that help to enhance their speech-writing, public speaking and critical thinking skills.

The International Mace Final is the final stage of the Schools Mace, in which the National School Champions of Scotland, Ireland (including Northern Ireland), Wales and England meet in a final debate to determine who will win the International Mace.

Odunayo Salu and Vaishnavi Sabarigirivasan were invited to Dartmouth House, Mayfair to compete in debates against three pairs of students from secondary schools in England, Scotland and Ireland.

All teams delivered convincing arguments, with Odu and Havi presenting a first-class challenge to the Eton College team for England, on the motion: “This House would abolish the International Criminal Court”. The judges commented on their impressive performance.

Congratulations are owed to St. Frances College from Rochestown, Cork, who were announced as the overall winners of the International Mace Final 2017.