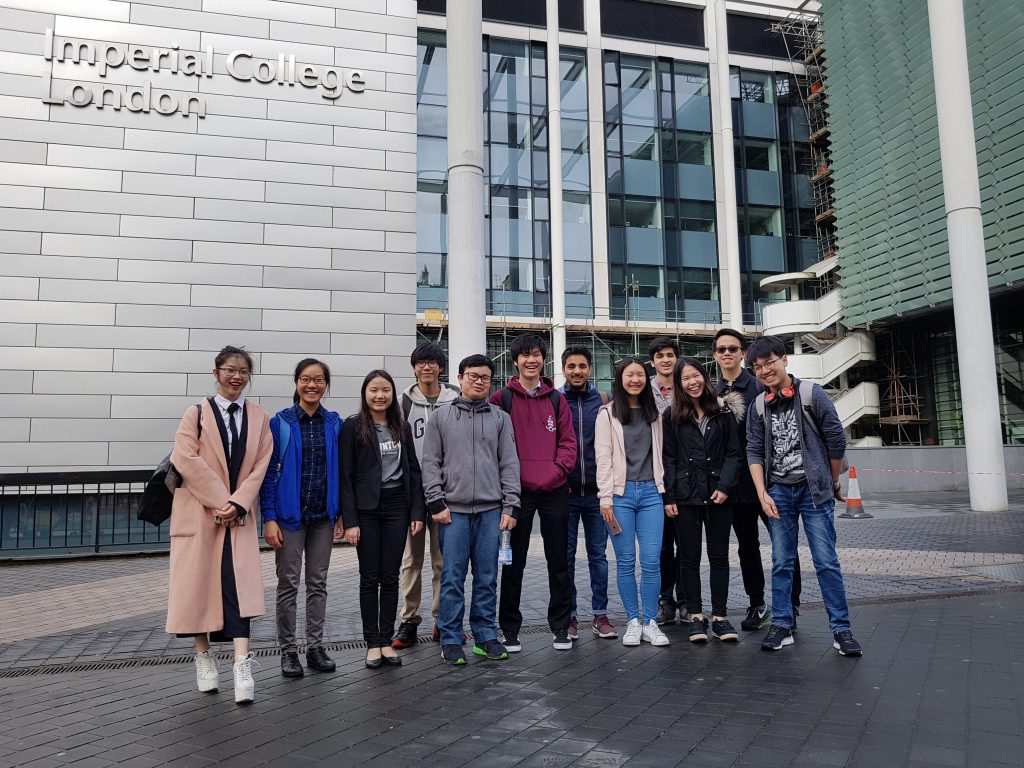 Our team of 12 was selected after the internal and regional competitions, which took place in Wales last November.

Our team joined another three teams to form the ‘Grumbo’ company of 48 members, competing against another four companies.

The competition ran over two days, with companies working for 20 hours non-stop, including throughout the night, to prepare their proposal for selection, after the organisers issued their RFP (request for proposal) to the companies.

The companies presented their proposals to a number of specialist judges including scientists, engineers, marketers, business professionals and Mr. Neil Carmichael MP, amongst others, led by Ms. Anita Gale, the co-founder of the international competition.

Before the start of the project, the Grumbo company, like all others, elected their president, and engineering and marketing CEOs. CSFC team members were elected for two of these posts, with Musiab Bhat in the role of president and Jonathan Cheong as the Marketing CEO.  CSFC team members were also elected for three of the four heads of departments positions (a strong presence in the company), with Ashvin Arulnathan as Head of Automation, Sherry Deng as Head of Structures and Viann Chui as Head of Operations.

After a long session of presentations, the ‘Dougledyne-Fletcher’ company was announced as the winner of the competition, 12 members of which will represent the UK in the international session taking place at Kennedy Space Centre, Florida this July.

Additionally, an EU team was formed from individuals of the other companies. Each company sends three members to this team. These three members are selected by internal voting in each company. The members identify those who worked best for the company and vote for them.

CSFC members took two out of the three places and as such, for the very first time, two CSFC students will attend the international finals of the NASA competition in Florida this summer on merit.

The CSFC students elected to the EU Team for the NASA competition in Florida are Ashvin Arulnathan and Sherry Deng.

The strong performance of CSFC in this year’s competition is evidenced by the preference shown to our students by their peers from other schools, colleges and academies, in both electing them for key roles in the company, and for the two out of three members to take part in the finals. Well done to all students who took part and good luck to Ashvin and Sherry for the International Space Design Settlement Competition in Florida in July!